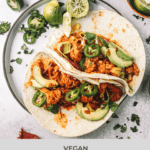 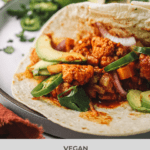 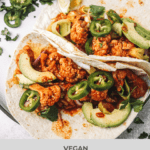 Al pastor tacos are traditionally made with marinated pork that has been slowly grilled on a spit, just like gyro meat. I'm not a huge meat eater and don't particularly love the flavor of pork, so I wanted to give you a phenomenal vegetarian and vegan option. This truly blows it out of the water. These cauliflower tacos have quite a bit of heat, but you can absolutely tone them down by using one less pepper or even just a half of pepper. 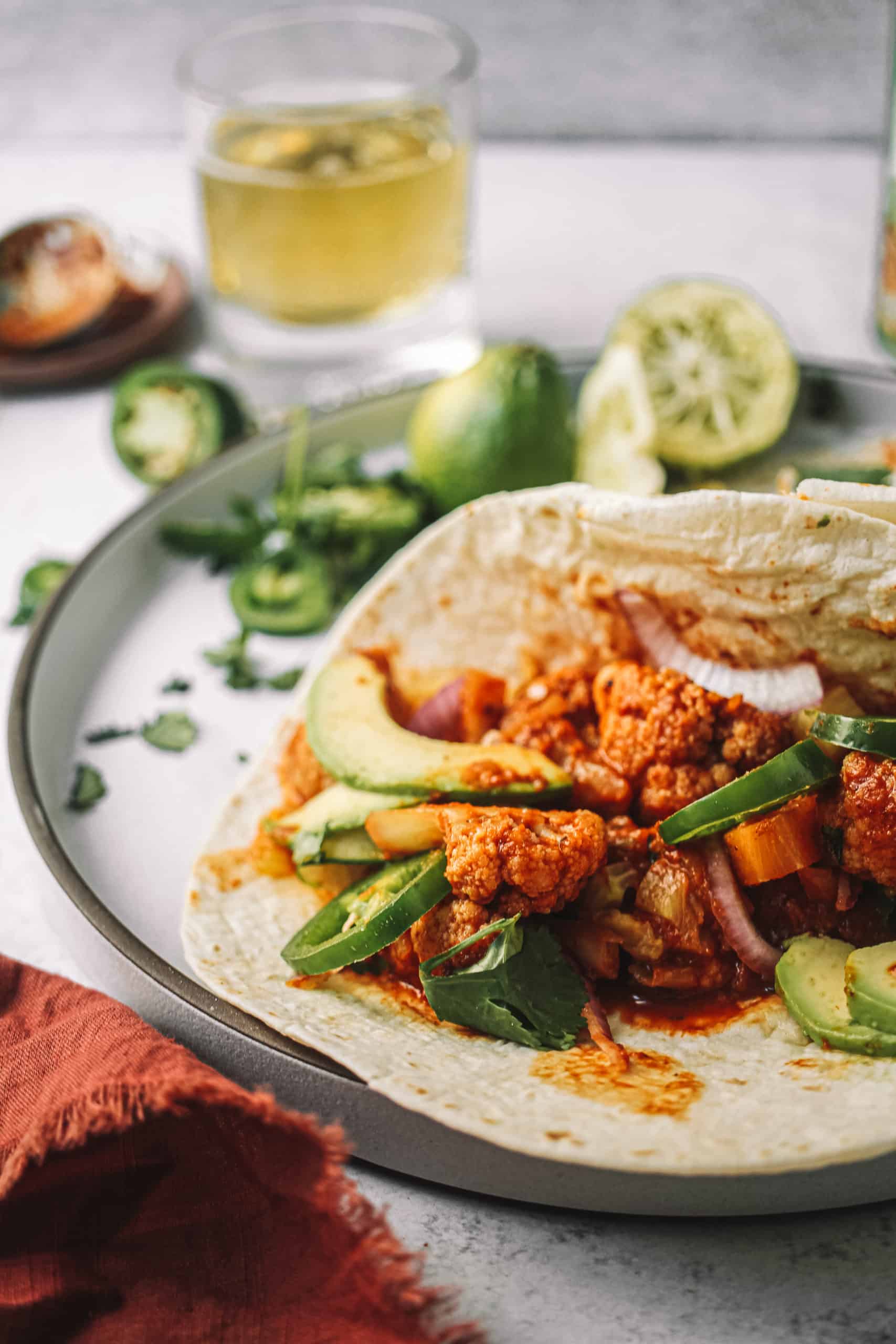 Chipotle peppers are something I really like to keep in my pantry, because they add tons of flavor to a dish without doing much else. Once you open the can, put them in a jar or container covered with some olive oil and place in your fridge. They will be good for up to 3 months.

Many al pastor recipes call for orange juice, which would be absolutely delicious, but it is something I never have on hand. I love keep canned fruit in my pantry for cooking and to have in a pinch when the craving kicks in. Seriously, I could crush a whole can of peaches, so good! So, for this recipe I decided to use something most people might have on hand, canned pineapple. Families typically have some sort or canned fruit for their kids hiding in the pantry anyways. So, why not use them for a crazy good meal? 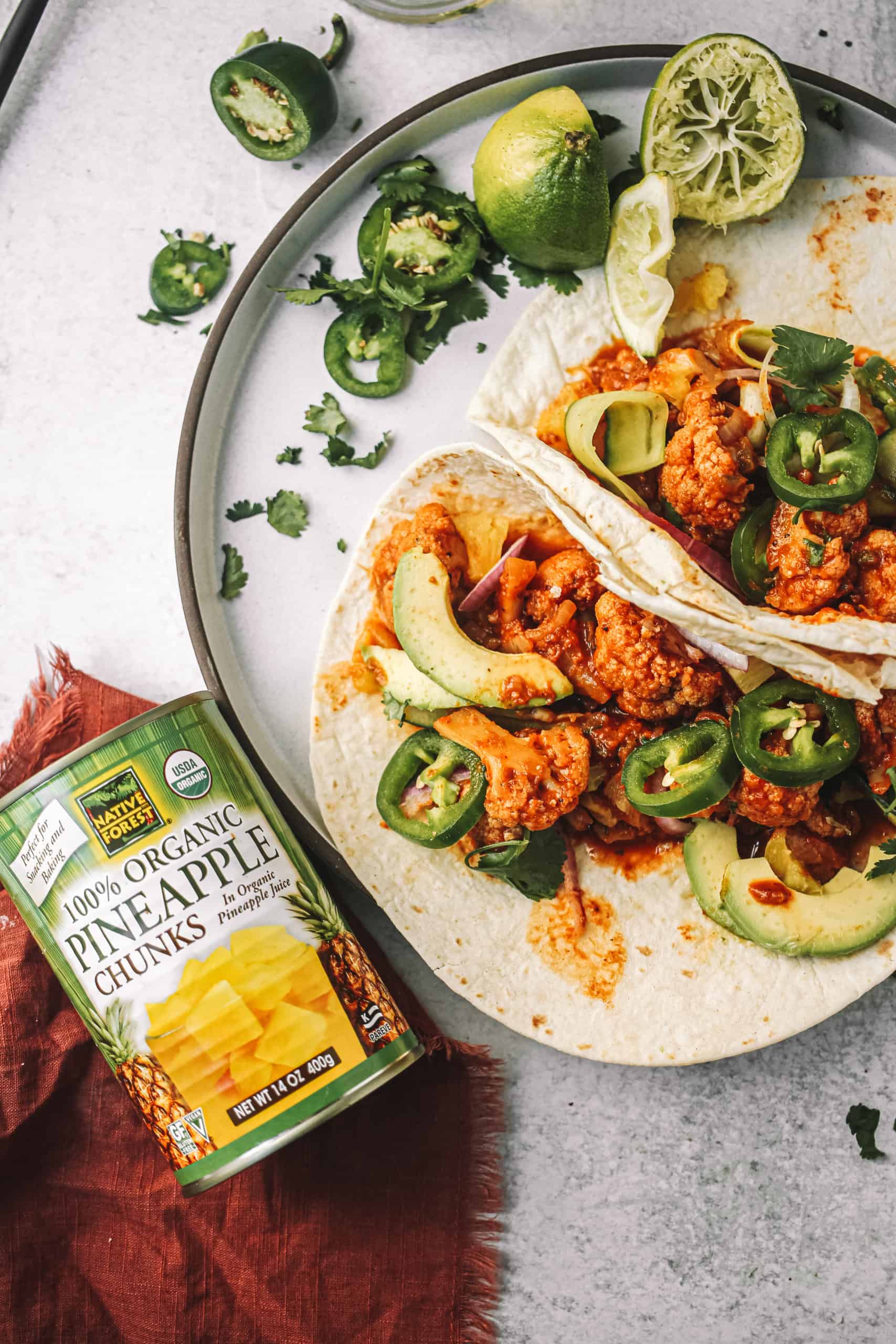 For this recipe I used Edward and Sons Organic Pineapple Chunks to make the tastiest al pastor sauce. Al pastor is generally pretty due to chipotle peppers in adobo sauce. With the help of pineapple, it brings a nice cool down and additional light sweetness.

WHAT IS AL PASTOR?

Something that is so truly beautiful about food is how different countries and regions overlap one another, bringing traditional recipes and cooking techniques with them. Al Pastor is one of those recipes. It was brought by Lebanese Immigrants to Mexico who brought their concept and method for cooking traditional Shawarma.

Now, I don't know if this is super accurate, but I believe Al Pastor is made with ingredients that are traditionally Middle Eastern with a combination of spices and ingredients that are more central to Mexico. Two beautiful worlds coming together to create something so magical and delicious. This is why food is my favorite and because it can't fight! 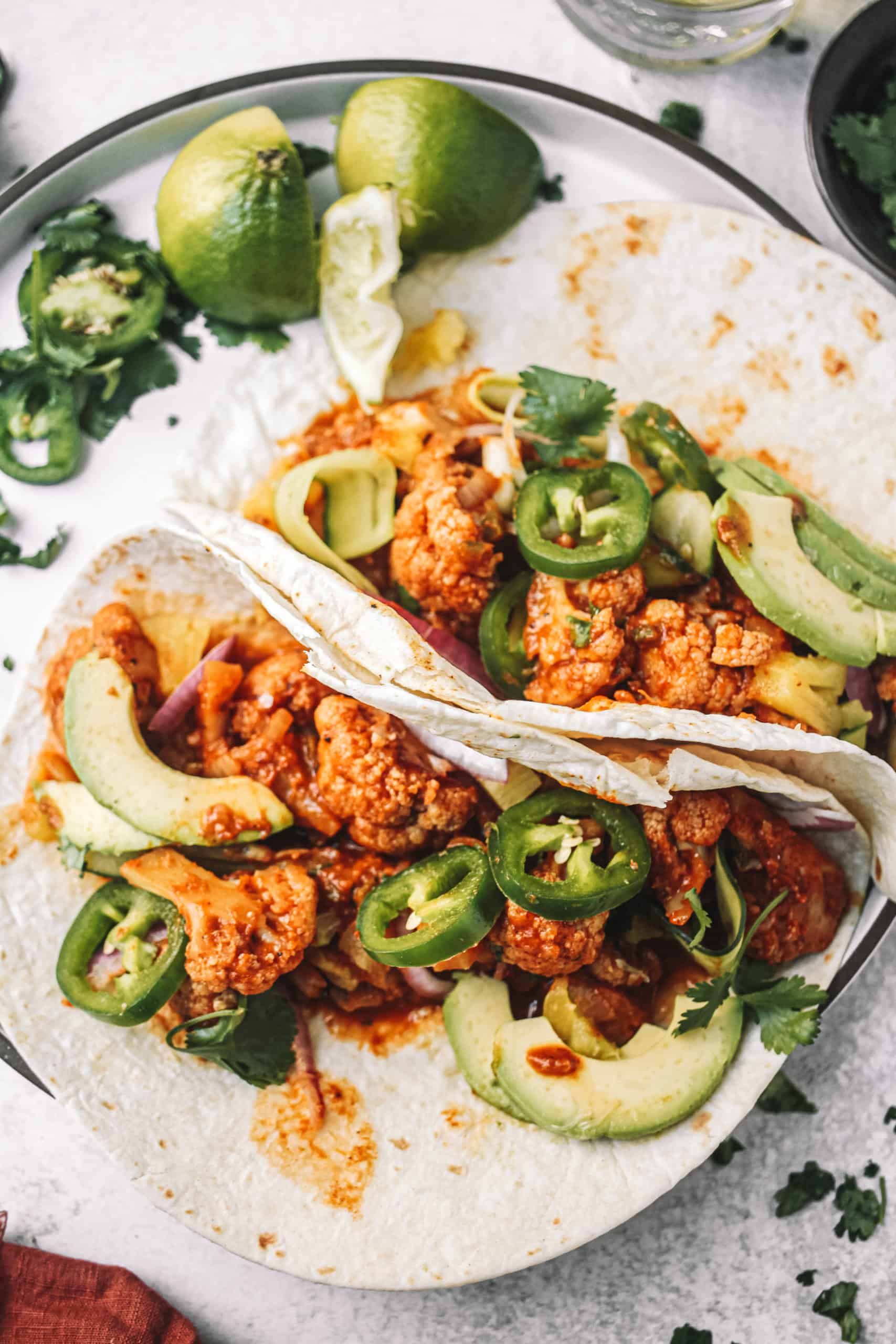 This recipe could not be simpler. All you need is one large pan and a blender. Not even a fancy high tech blender, any will do!

In a blender, add all of your adobo sauce ingredients and blend until smooth. Bam sauce is down. In a large pan over medium heat, add olive oil, cauliflower and onions. Season with some salt and pepper and cook this down for about 10 minutes. Make sure to stir often until the cauliflower has nice browning and the onions are caramelized.

Reduce your heat to low and stir in your adobo sauce and remaining pineapple. Simmer this together for  few minutes, allowing the sauce to coat everything. Then stir in the cilantro and lime juice.
Fill your tortillas up with the cauliflower adobo and top with all of your favorite taco toppings. Might I suggest avocado, more cilantro, cotija cheese or vegan cheese and a dollop of vegan sour cream! 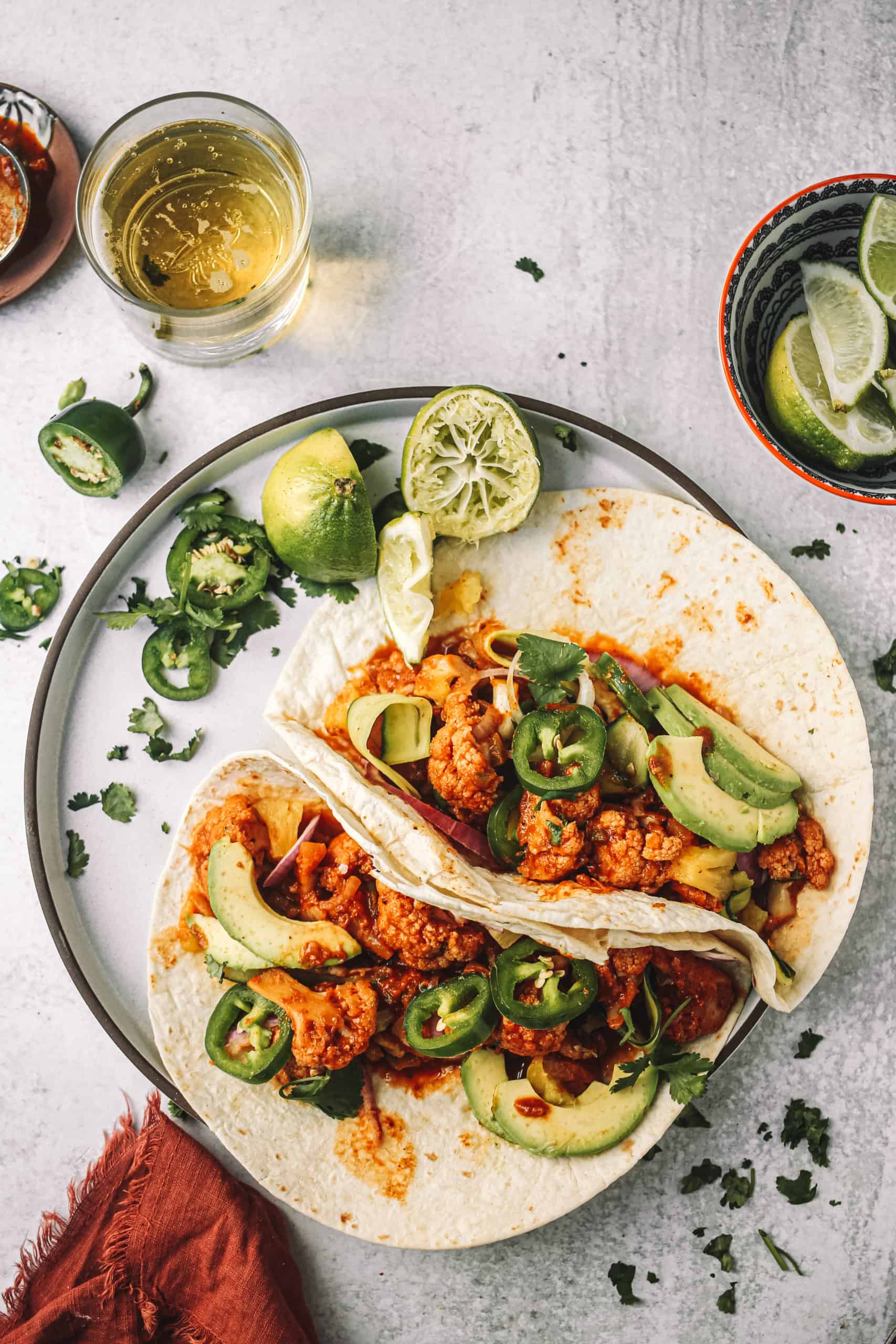 YOU CAN ALSO MAKE:

If you make these Vegan Al Pastor Tacos please let me know by leaving a rating/review below! And make sure to sign up for emails so you never miss a new recipe and follow along on my Instagram, Pinterest, and Facebook for more About to Sprout goodness! 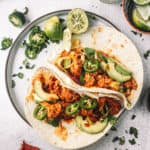